I can be a culinary creature of habit. I’m often too intimidated to try new vegetables. Rainbow beet root was living on the dark side. On the rare occasion that I have bought something ‘daring’, I ended up being too lazy to find a complimentary recipe, and it sat in the fridge to wilt away. I needed to pace myself. Start with something not too threatening. No Jerusalem artichoke or celery root. Instead, at the Roots and Shoots stand one morning at the market, Danny the farmer convinced me to try napa cabbage. 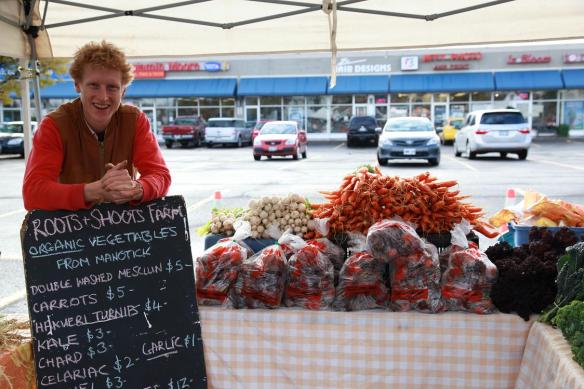 I was slightly familiar with this cabbage. I had seen it in the grocery aisle labelled ‘Chinese cabbage’, and it kinda resembled lettuce. When I was a child, my girlfriend’s mom would stir-fry lettuce for us and I thought it was amazing. Stir-fry, I thought. Not too complicated! I bought a bunch, or two, and two years later all I keep thinking is: how did I survive life without this delicious bundle of absolute goodness?

Two lessons learned: (1) it’s not always a challenge to try something new (Jerusalem artichoke is still on my to-do list) and (2) Roots and Shoots grow some good stuff. I had to take a trip to the farm. A few weeks ago, we drove out to the farm which lies near the Bakker’s General Store at the corner of Mitch Owen’s Drive and Manotick Station Road. 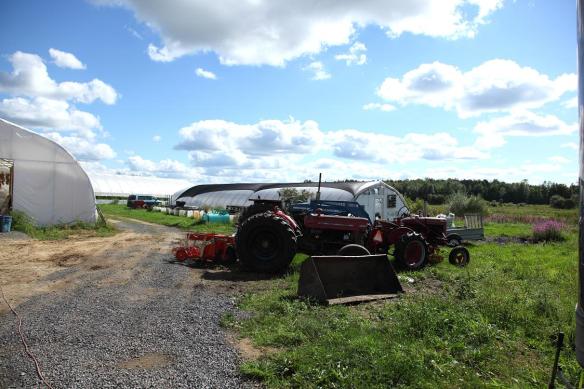 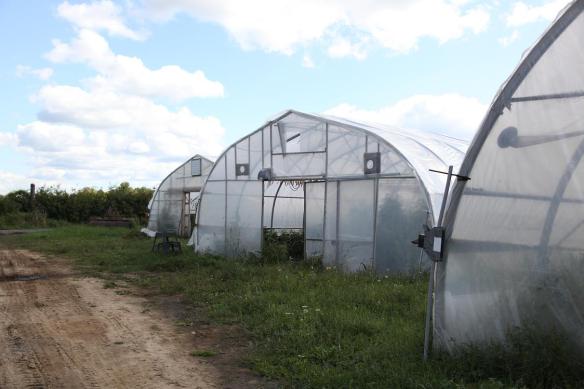 These guys are BUSY. I had emailed Robin to see if we could pop by for a visit, and he graciously agreed but warned that he might not have the time to give us a formal tour. We pulled up to the farm while Dymmie, one of the farmers, was rinsing some carrots that she just harvested: 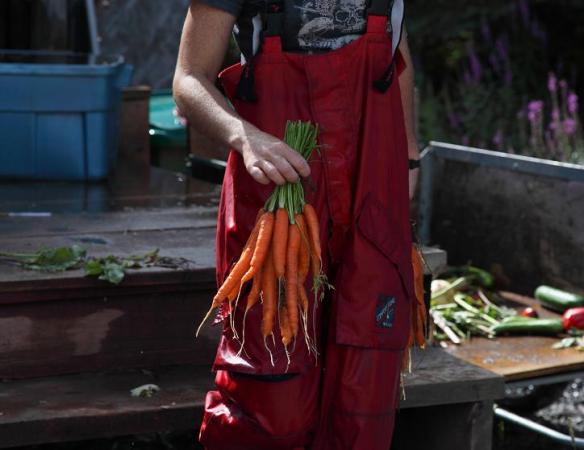 There is nothing as inviting as the rich, strong smell of root vegetables that have JUST been pulled from the earth. I breathed it all in, and for a split second imagined giving it all up to live on a farm to enjoy this sublime moment every single harvest. Then reality sunk in. These gals and guys are up at the crack of dawn every day, working long hours to supply their CSAs with a generous bounty, and to have surplus to bring to market each week. It is grueling, back breaking labour I’m sure, and it’s given me a strong appreciation for the simple slogan “Farmers Feed Cities”.

I’ve always regretted not signing up to the Roots and Shoots CSA, and I guess there’s always next year. They are well priced, certified organic and have a great range of veges in each share. They are at the Ottawa Farmers’ Market at Byron Park on Saturdays, and Brewer Park on Sundays; the Bakker’s General Store right near their farm in Manotick, and some other markets as listed on their website. Unfortunately, they are no longer at the Kanata Farmers’ Market on Saturdays.

Just recently I bought some cured butternut which I planned on storing in my basement for winter, but made soup instead. It was my first ever entirely local meal where all the ingredients came from within 150km of home (recipe to follow). 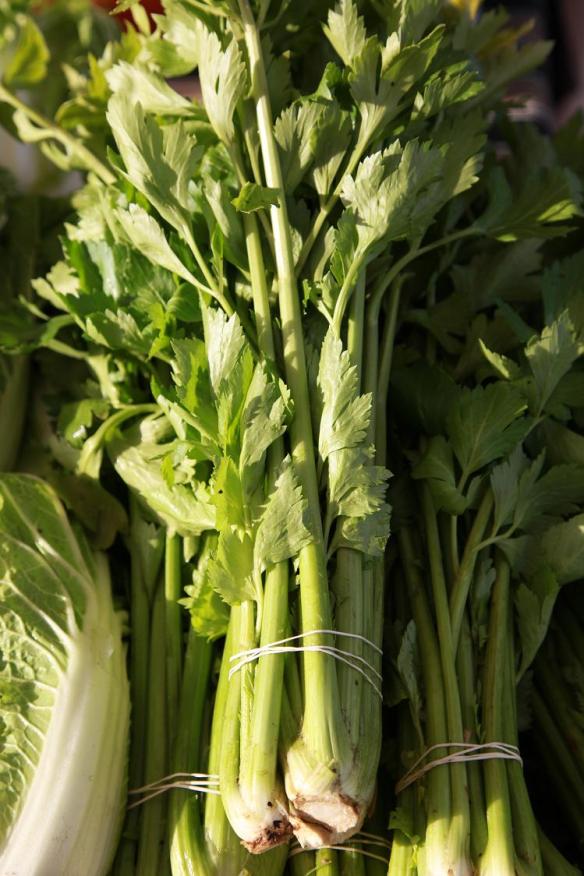